For nearly one hundred years, the United Methodist Building has been a center for faithful advocacy. 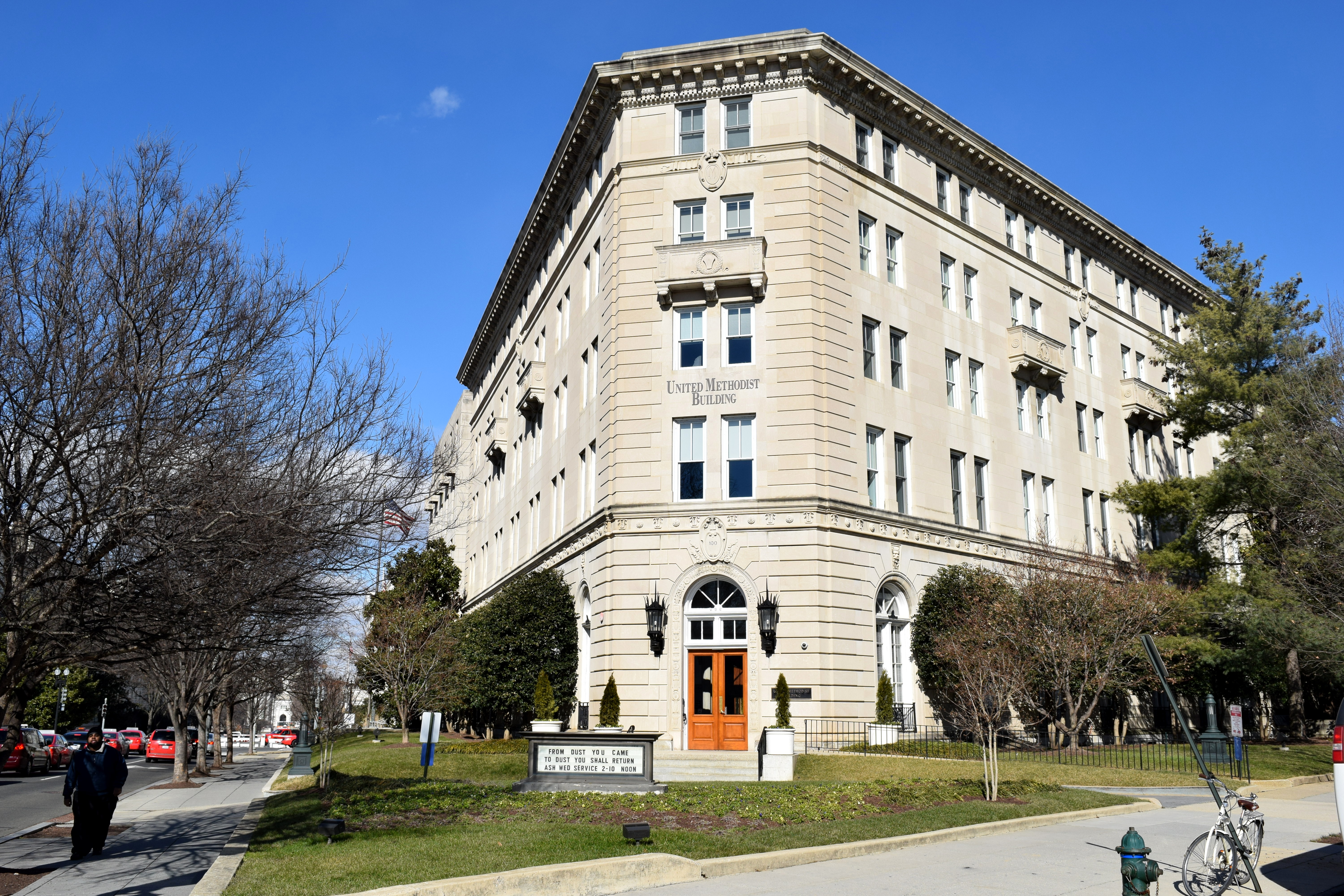 At the 2016 General Conference, the United Methodist Building became a Heritage Landmark of United Methodism – one of about 50 landmarks around the world.

Church and Society also maintains an office in the Church Center for the United Nations in New York City, New York.

Several conference rooms are available for rental in the United Methodist Building. To schedule a conference room and get rates, please contact us by email at umbevents@umcjustice.org.

In 1917, The Rev. Dr. Clarence True Wilson spotted a muddy, billboard-cluttered corner lot, across the street from the United States Capitol. Immediately, Dr. Wilson, executive director of the Board of Temperance and Public Morals, envisioned this site as the perfect location to establish Methodism’s social reform presence in Washington, D.C.

Construction began on Nov. 17, 1922. A five-story edifice, designed in Italian Renaissance style and constructed of Indiana limestone, it was completed in 1923 at a cost of $650,000. Money for the project was raised through individual and church gifts, some as small as 15 cents. Most of the pledges came from Methodist women concerned about the health of families and the harms of alcohol abuse. Wilson’s wife, Maude Akin Wilson, drew the original plans, which were approved by the board and given to the architect for development. She served as financial officer, property manager and director of operations.

In 1931 a second building was completed at 110 Maryland Avenue with rental income from its fifty apartments expanding the social witness and work of the church.

The United Methodist Building has played a significant role at critical points in United States’ history. Planning for the 1963 March on Washington led by Dr. Martin Luther King Jr. took place here, as well as organizing efforts for the 1968 Poor People’s March, the farmworkers’ boycott, years of protest against the Vietnam War, Equal Rights Amendment marches, the 1978 Long Walk of Native Americans, the 1978 and 1979 Farmer’s Tractorcade, and the 1989 Housing NOW! March, and the 1996 Stand for Children March that included almost every bishop in the denomination. Church and Society partnered to mobilize support for the Americans with Disabilities Act, passed in July 1990.