We reject the possession of nuclear weapons as a permanent basis for securing and maintaining peace.

We reject the possession of nuclear weapons as a permanent basis for securing and maintaining peace.

Nuclear weapons pose a threat to our existence, and we must do more to eliminate them and the possibility of their use.

There are three pillars of the treaty: disarmament, nonproliferation and peaceful use of nuclear energy In other words:

This work requires international cooperation.  “We must all work together to eliminate nuclear weapons, reduce overall defense spending and invest in the common good. We can and must work together to build peace.” (Statement of Religions for Peace, Marrakech, Morocco, Nov. 18, 2011)

What the Bible and the United Methodist Church Say:

“I will make for you a covenant on that day with the wild animals, the birds of the air, and the creeping things of the ground; and I will abolish the bow, the sword, and war from the land; and I will make you lie down in safety.” (Hosea 2:18)

“For he is our peace; in his flesh, he has made both groups into one and has broken down the dividing wall, that is, the hostility between us.” (Ephesians 2:14)

The United Methodist Council of Bishops said, “We say a clear and unconditional NO to nuclear war and to any use of nuclear weapons. We conclude that nuclear deterrence is a position that cannot receive the church’s blessing.” (In Defense of Creation, 1986)

Things you can do

For more information on nonproliferation and disarmament, visit: 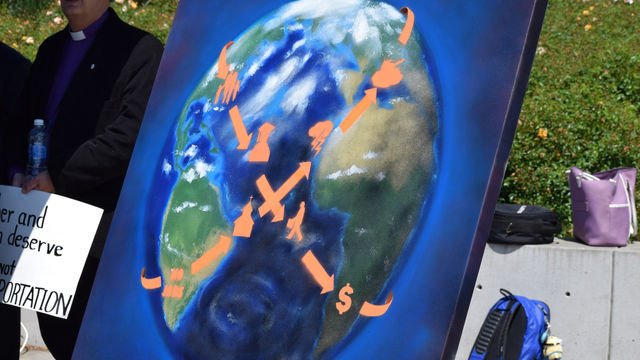