A Call to Action in Response to the Plight of Migrants

The call to action says, in part:

We give God thanks for United Methodists who are providing compassionate care to migrants at the border. Border Conferences have established relief centers for migrants. United Methodists from other regions of the country continue to support migrants seeking asylum with their time, talent and treasures. United Methodist congregations across the country have opened their doors to provide sanctuary for those immigrants whose lives would be endangered if they were to be deported to their home countries. UMCOR has been a partner in assisting this connectional work. The General Board of Church and Society has led us faithfully in our advocacy work in support of justice for the migrant and the immigrant. United Methodist Women have also been a strong voice in advocating for the rights of immigrant children and families.
Let’s continue to do this good and faithful work. Join us in these actions:

Take this moment to act. It will make a difference in these challenging times in the lives of suffering immigrants and the brave churches who are ministering to them.

Read the entire statement on our website, which includes the addresses of United Methodist Sanctuary congregations where you can send postcards. 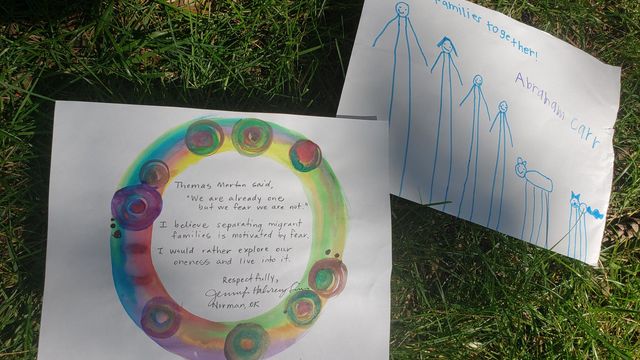