Throughout scripture, God orders life together based on right relationships, shared resources and economic justice. Just as the Hebrew prophets decried poverty and growing wealth disparity, so too we are called to speak out and work to build an economy that values work and honors the dignity of all workers.

Every person has the right to a job at a living wage.

There are 800 million people around the world who live on less than $2 per day. The federal minimum wage in the United States has been frozen since 2009. Accounting for inflation, this is lower today than it was in 1968, even as the gap between the pay of company executives and their average workers continues to increase.

We recognize the particular vulnerabilities of migrant workers – often not afforded legal protections or unable to access legal recourse because of their immigration status. Despite the success of farm-worker-led campaigns, too often farm workers in the United States remain vulnerable to wage theft and oppressive conditions.

As a church we remain committed to advocating alongside workers and to addressing the unconscionable persistence of child and forced labor. And as participants in the economy, we seek to understand our connection, our complicity and our power to challenge and transform these realities.

As revealed in both the Old and New Testaments, God’s intention is for workers to be treated fairly and to share in the fruits of their labor.

“Woe to him who builds his house by unrighteousness and his upper rooms by injustice; who makes his neighbors work for nothing, and does not give them their wages.” (Jeremiah 22:13)

“Listen! The wages of the laborers who mowed your fields, which you kept back by fraud, cry out, and the cries of the harvesters have reached the ears of the Lord of hosts.” (James 5:4)

The church has advocated for a living wage in every industry since it adopted a social creed in 1908. We continue to support the rights of workers to share fully in the prosperity of society. (Book of Resolutions, 4135)

The Church also pledges to “work in partnership with persons, communities, and governments everywhere around the world to bring about the creation of conditions that encompass fundamental worker’s rights, fair wages, a safe and healthy workplace, reasonable hours of work, [and] decent living standards.“ (Book of Resolutions, 4101)

Three Things You Can Do: 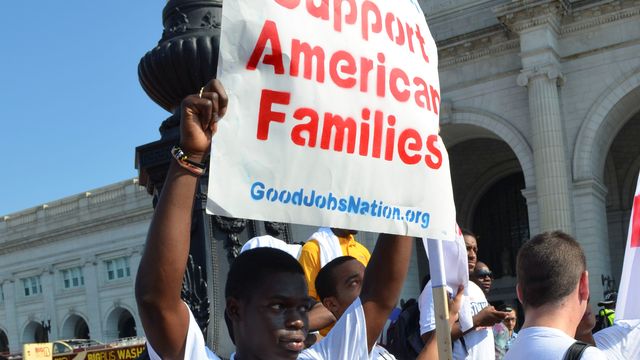