Recognizing grief over historic wrongs and using truth to heal

I serve on a team for the Pilgrimage of Justice and Peace of the World Council of Churches. For more than six years, this international multifaith team has traveled to different parts of the world, listening and learning from people and communities whose voices are often marginalized and ignored.

Their stories are traumatic and sometimes tragic. This year, via Zoom, we sat and listened to stories of Indigenous communities in North America, including those in Standing Rock and Minneapolis in the U.S. and Winnipeg, the Toronto area and the Artic Circle in Canada. The vision, strength, and courage of these communities as they address the issues of land and dispossession, gender violence and racial violence is remarkable.

On a June morning during this year’s pilgrimage, our hearts were broken. As we sat together for devotions by Archbishop Marc MacDonald of the Anglican Church of Canada, we heard of the recent discovery of the 215 bodies of children in unmarked graves in land close to a residential school on Turtle Island, a traditional Native territory.

The news of the unmarked graves was a “gut punch to the community,” said MacDonald, the first national Indigenous Anglican bishop. He then told us, “We are now grieving as we listen patiently and provide space to hear the deep sorrow of the survivors of the residential schools.” 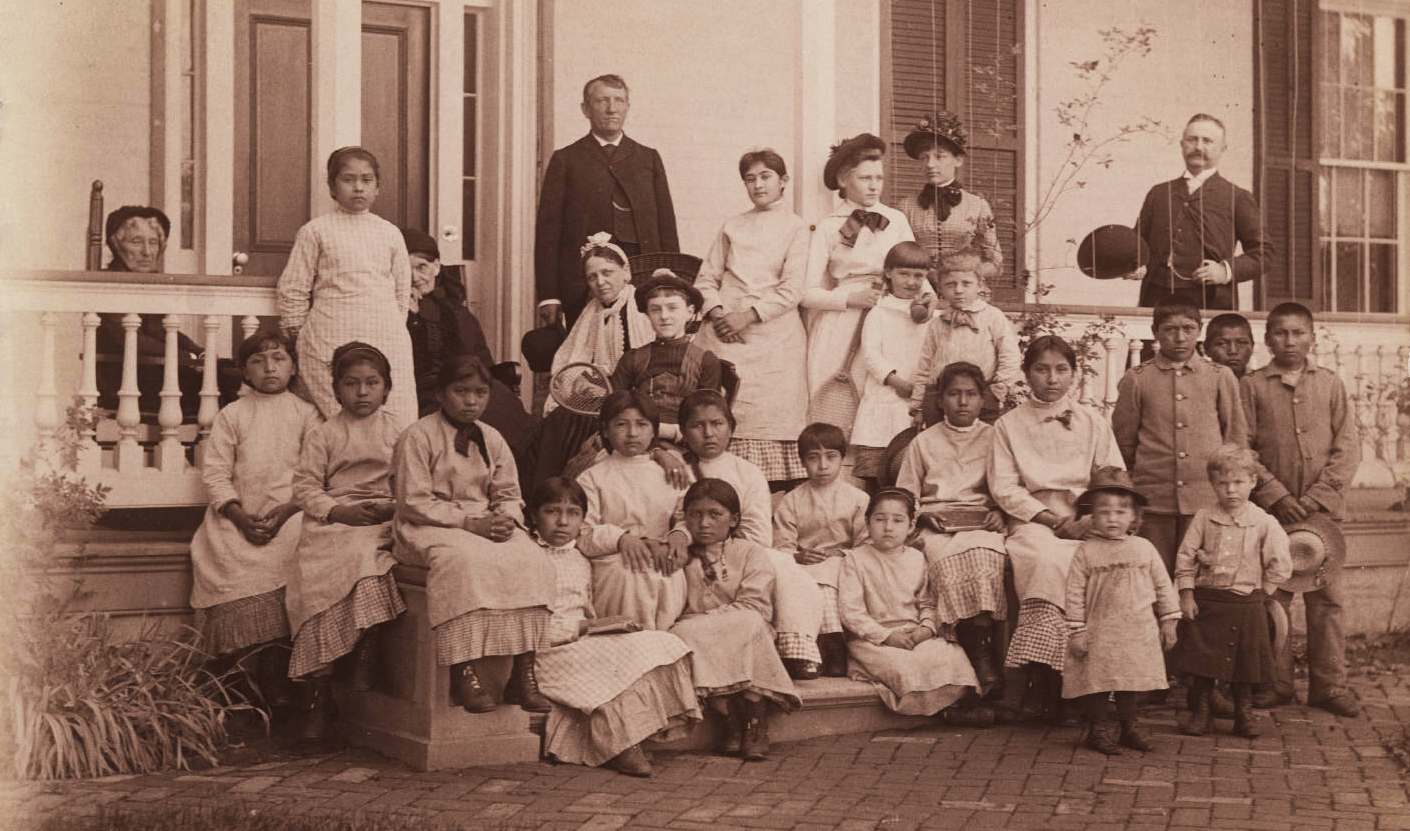 Our pilgrimage team heard horrifying stories of how these children often were taken far from their families as part of a deliberate policy to “get rid of the Indian in the child.” The children often lived in poor conditions. Their braids were cut and they were sometimes abused. We saw one photograph of a particular school which operated from 1890 until 1969 and was the largest of its kind. A heart-wrenching painting of the church leaders taking children from their families is emblazoned in my mind.

At the same time of the exposure of these (and other) atrocities in territories in Canada, similar stories of racism and colonialism were breaking in the United States. The U.S. Department of Interior has cast light on the forcing of thousands of Native American children into “Indian boarding schools,” separating them from their families and cultures.

These residential schools grew out of the church attempting to “evangelize” and colonialize Native peoples. Such actions were rationalized by the Doctrine of Discovery, which established spiritual, political, and legal justification for colonization and seizure of land not inhabited by Christians. Under a Papal decree in 1493, for example, Christian European explorers claimed the land and waterways they allegedly discovered to promote Christian domination and superiority in Africa, Asia, Australia, New Zealand, and the Americas.

A recent statement by United Methodist leaders, Remembering Native American victims of U.S. schools, supports the Department of the Interior investigation and pledges to study and investigate Methodist-related boarding schools

As people of faith and for those of us who are U.S. citizens, we must seek truth in order to address the trauma. Only truth can begin to heal trauma. Healing is needed not only for the survivors of white supremacy, colonialism and racism but also for the church, which has been complicit in the systems of oppression and violence.

In the Christian faith, we believe we can repent of the hurt and the harm we have done — our sin. We cannot undo it. But in the listening, the hearing, the recognition and the mourning, healing may come.