The familiar words of Psalm 23 — “walking in the valley of the shadow of death” — take on a new meaning in light of the world’s climate crisis.

But this is not the way it has to be, the Rev. Susan Henry-Crowe, general secretary, Board of Church and Society, told worshippers gathered Nov. 7 at Glasgow Cathedral.

“God is not only with us but gives us guides and teachers,” she said to those gathered beneath the soaring arches of the Church of Scotland cathedral, consecrated in 1197. As spelled out in Job 12:7-10, those guides include animals, birds, fish and the earth itself. “Creation will show us the way.’’

One of the faith-based events during the U.N. Climate Conference known as COP26, the in-person service was conducted by the Rev. Mark E. Johnstone, Minister of Glasgow Cathedral and broadcast via livestream. It can be viewed here.

Communities living in poverty are most vulnerable to climate change and suffer disproportionately, particularly Indigenous communities exploited, abused and even killed through domination and greed, Henry-Crowe pointed out “Peoples with the fewest resources are the most devastated,” she said. “Living in the valley of the shadow of this death is inescapable.”

U.N. Secretary General António Guterres called the 2021 report of the Intergovernmental Panel on Climate Change a “code red for humanity,” adding that the evidence of human influence on global warming “is irrefutable.“

The world needs to stop, be still and listen to the voices often ignored, Henry-Crowe said. 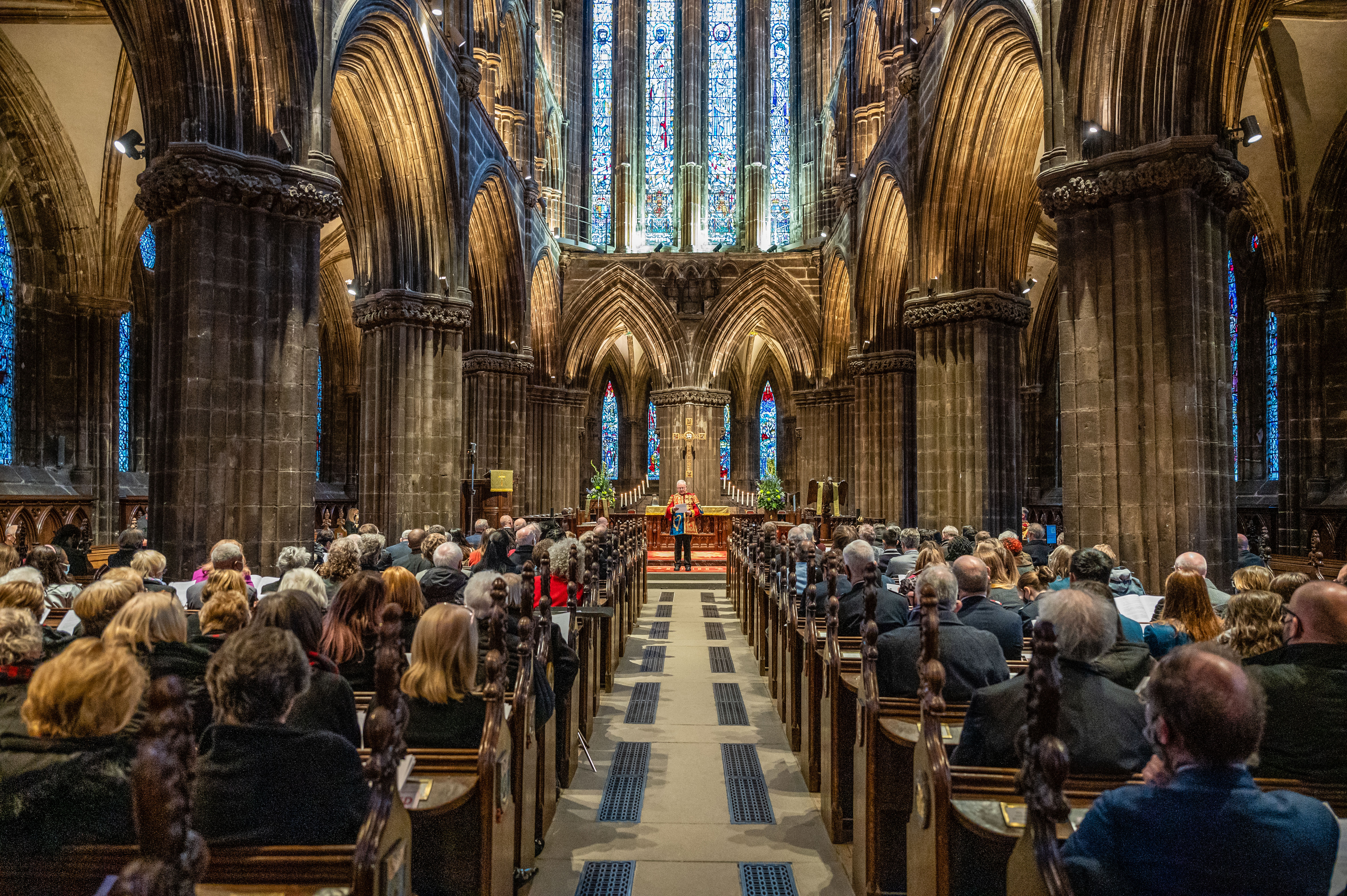 Worshippers attend an ecumenical service Nov. 7, 2021, at the medieval Glasgow Cathedral, consecrated in 1197. The service was in recognition of COP26, the U.N. Climate Conference. Photo by John Young/Church of Scotland.

The next steps, Henry-Crowe said, are transformation and “returning” — to return the earth to a clean home for its inhabitants. That could be accomplished, she added, by preparing a table, as Psalm 23 suggests, and the way that Jesus did.

“Jesus is always at table reaching out to those at the far end or under the table,” she said. “Jesus invites and privileges those on the margins, the most vulnerable.”

In today’s world, “the COP is a great table — for listening, attending, arguing and negotiating — not for ourselves but for creation,” she noted.

Glasgow Cathedral itself has symbols of returning, Henry-Crowe said. Below the stonework floor of the nave lies the crypt of St. Mungo, who was banished from Glasgow in 565 A.D. and lived in exile for years before returning to Glasgow to take up the post of Bishop of Strathclyde.

A neon and sound installation by Artist James Pfaff, part of a program of COP26 events at the cathedral, “illuminates and underlines the ‘Returning’ message for global change by activating its natural life,” she pointed out.

It is not too late to return to the earth, she stressed. “As a Christian, I believe God is preparing a table — hovering and welcoming us into new life.”

Bloom is the interim communications director for the General Board of Church and Society.