Why it is happening and what you can do.

While the issue of family separation in migration justice is not new, the systematic separation of children from their parents is part of a new “zero tolerance” policy announced by Attorney General Jeff Sessions in early May.

As reported by our partners at the Coalition on Human Needs in an email,

From May 6 to May 19, 638 parents traveling with 658 children were separated, because of the Trump Administration’s new “zero tolerance” policy — arresting every parent crossing the border, without regard to national and international standards for the treatment of asylum-seekers.  Parents are taken into custody, and children, some very young, are placed in the custody of HHS’ Office of Refugee Resettlement - they often do not know how to contact each other.  This is an abrupt expansion of Trump’s family separation policy.

In our Social Principles, The United Methodist Church states,

“We oppose immigration policies that separate family members from each other or that include detention of families with children, and we call on local churches to be in ministry with immigrant families.” (Social Principles ¶162.H)

There are many calls to action and many ways to engage. Here are just three:

Four requests for members of Congress:

While this news story rightfully provoked public outrage, it was also — unfortunately — confused with another news story, which reported the “U.S. government lost 1,500 migrant children” of whom it had custody. To understand how these two stories are separate issues — and how 1,500 migrant children might not be “lost,” or at least not in the way we think — check out this Slate article. 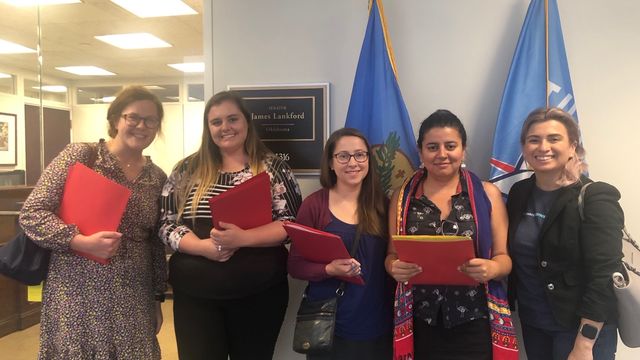