2019 has been a long year. The year began with a monthlong shutdown of the U.S. federal government, causing millions of Americans to miss paychecks. Through it all, our faith in Jesus Christ empowered us to seek justice and pursue peace.

Advent message from the general secretary

In the darkness of Advent, the light of hope, peace, joy and love breaks in. 2019 has been a long year. The year began with a monthlong shutdown of the U.S. federal government, causing millions of Americans to miss paychecks. And yet, during the Advent season we pause to look for the light in the darkness. These gifts of hope, faith, joy, and love nourish and sustain us in our work and in our lives as disciples.
Read more

Pursing peace is a core part of the work of being Christian. As followers of the Prince of Peace, we strive to end war and build peace rooted in reconciliation and justice. Church and Society’s peace with justice ministry focused on four legislative priorities in 2019:

Ministry with the poor

Since 2008, The United Methodist Church has encouraged ministry efforts at all levels of the Church to focus engagement around four areas: global health, leadership development, new worshipping communities and ministry with the poor. Ministry With the Poor efforts are as diverse as the root causes of poverty. On this journey, we have heard stories of United Methodists building ministries that:

Our work in immigration and migration justice in 2019 creatively engaged multiple topics, ranging from U.S. refugee admissions to ending child detention. We continued to use established modes of advocacy, like faith leader advocacy days on Capitol Hill and grassroots actions.

We also developed new tactics, such as an event that combined a film screening, panel discussion and a congressional advocacy day. We sponsored a concert series that highlighted migrants. We also solicited letters and drawings from throughout the U.S. and United Methodist laity and clergy from the Washington, D.C. area hand delivered the notes to the writers’ members of Congress.
Read more

United Methodists continue to advocate for access to affordable, equitable, quality health care for all. Although less high-profile than in years past, efforts continue to rollback protections, undermine implementation of the Affordable Care Act, and restrict access to health care services. Even now, as the US Congress debates a year-end spending bill, we are working to support critical programs that serve low-income, Native American, and vulnerable communities.
Read more

2019 was a year when we witnessed an ever-growing disconnect between what the climate science is telling us, the devastating realities of extreme weather, the growing movement of youth and people of faith demanding action, and the lack of leadership by U.S. and global leaders.
Read more 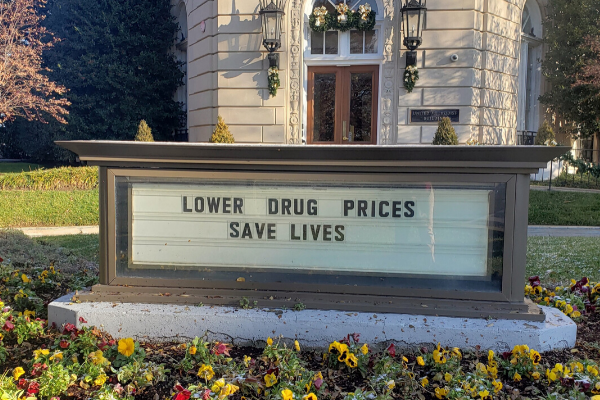 The Lower Drug Costs Now Act passed the U.S. House of Representatives last week thanks to the phone calls of people like you. The bill now heads to the U.S. Senate. This effort to lower drug costs and expand access to affordable quality care will save lives and bring us closer to our vision of affordable, equitable, and quality health care for all.