Tribal sovereignty is an inherent international right of Native nations. It encompasses various matters, such as jurisdiction over Indians and non-Indians on tribal lands, education and language, child welfare and religious freedom.” - 2016 United Methodist Resolution 3321

Tribal sovereignty is an inherent international right of Native nations. It encompasses various matters, such as jurisdiction over Indians and non-Indians on tribal lands, education and language, child welfare and religious freedom. – Resolution 3321, Book of Resolutions of The United Methodist Church, 2016

Church and Society hosted a dozen representative of the Lumbee Tribe of North Carolina who traveled in early December to support Tribal Recognition at before the U.S. House of Representatives Natural Resources Committee Sub-Committee on Indigenous Peoples of the United States on H.R. 1964, the Lumbee Recognition Act of 2019 on December 3 and 4, 2019.

Why are you advocating for Tribal Recognition?

The Lumbee Tribe is located in my district and our congregations are Lumbee. The Lumbee Tribe of North Carolina represents approximately 35,000 enrolled members. Federal recognition is urgent an issue because it leads to financial security, something that does not exist among our people. Robeson Country is the poorest in the state of NC. We have serious economic concerns among our youth and our elders. Our elders choose between medicine and housing.

Recognition leads to access to opportunities for higher education, in communities threatened by rising addictions and the generational trauma of poverty, high rates of diabetes and inadequate housing. Recognition would make a difference to people who need medical attention and alternatives to low paying jobs and poor sanitation.

United Methodists care about justice and support federal recognition. Our clergy and Bishop speak to Representatives and Senators. We get involved that way. We want an injustice corrected because we are an Indian tribe and proud of it. What gives me hope is that when people still struggle for the cause of recognition and justice for the Lumbee people the victory here is one step for someone else and their community. 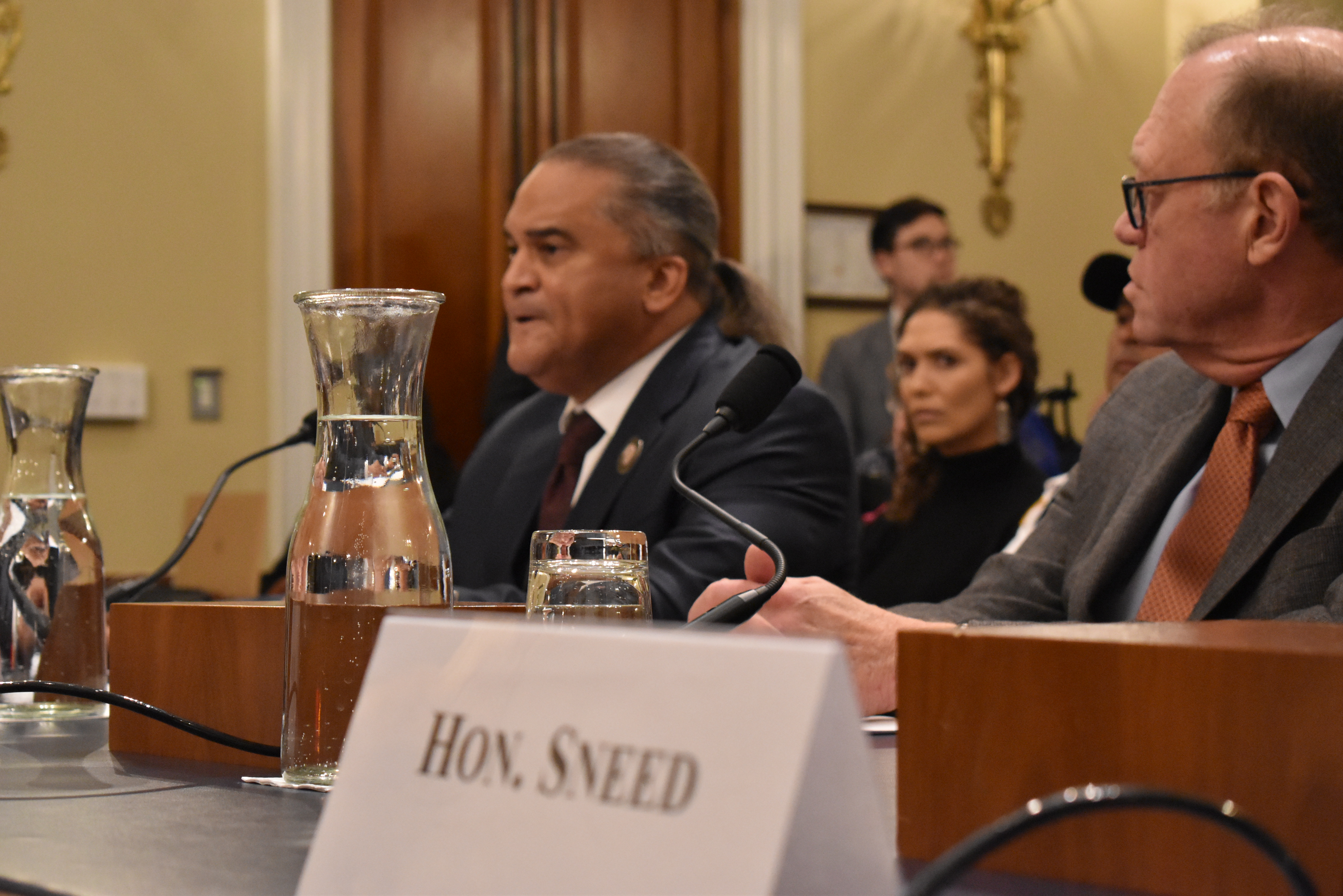 Today it is a commonplace that many treaties have been violated and many federal actions have been misguided or fallen short of their goals. No one argues that U.S. policy has been perfect. But as we reflect on our failings, we should not forget the significance of the actions Congress took 230 years ago. Through its legislation, Congress made clear that despite the fact that Indian people were for the most part not citizens and had not been part of “We the People,” who established the United States Constitution, they would be included within the new nation’s emerging legal structure. Our legal structures would not banish or ignore them.

By approving H.R. 1964, the Congress will not only respond to more than a century of formal petitions from the Lumbee tribe, but it will demonstrate once again that the United States is fulfilling Washington’s charge that the nation act according to “fixed and stable principles” in its dealings with indigenous people. While tribal protests blunted the momentum of termination during the 1950s and 1960s, that policy goal was not entirely abandoned until 1970 when Richard Nixon issued a “Special Message on Indian Affairs” that called on Congress to “break decisively with the past” by adopting a policy of “self-determination” rooted in what the President described as the “solemn obligations which have been entered into by the United States … [and] which carry immense moral and legal force.

The Lumbee community is the Indian church. For the Lumbee, church is more than a religious experience; it is one of their most important social activities. It involves many of them on a daily basis. The churches have Sunday schools, youth organizations, senior citizens’ programs, Bible study programs, and chorus practices, to mention but a few of the activities available. There are approximately 150 Lumbee Indian churches, which generally have Lumbee ministers and overwhelming Lumbee members. There Lumbee United Methodist congregations have membership that crosses family lines and settlement areas, thus drawing together different segments of the Tribe. The Lumbee have respectfully and patiently sought federal recognition for 128 years. As a result of this and an ever-diminishing regional economy, the Lumbee people currently endure high levels of unemployment resulting in low socio-economic status, low educational attainment, and significant health-related issues. Since 1990, over 12,000 jobs were lost within the tribal territory. Manufacturing has all but evaporated. Farming, once the life-blood of our people, is not at all what it used to be. Robeson County, the seat of our tribal government, has the highest county-level poverty rate in the state and is one of the top ten poorest counties in the nation, with 1 in 3 residents living in abject poverty. Approximately 34% of children in Robeson County live in food insecure homes, without even the most basic needs, placing our county 10% higher that the North Carolina state average.

The circle is important in all Native cultures, and especially so in the Lumbee Tribe. The circle shows our connection with each other, with our past, our present, and our future, representing the 7 Generations. I cannot help but feel the significance of that connection today as I come before you asking for your support in empowering my people, in much the same way as my Great Grand Father Quinny Godwin did as one of the original petitioners of Lumbee federal recognition in 1888. I am blessed that things have come full circle today and like my great-grandfather before me, I am asking this Committee to do the same. The Lumbee Tribal Government today views federal recognition as an opportunity to create a solid economic foundation that will ensure a better future for the next seven Generations of our People.